“Doing what I love, helping families, and being there for my family is priceless.”

In 2002, while away at college, Luby’s family suffered a tragedy. Her father was involved in an accident, and they needed an attorney to defend them against a devastating blow. They hired Mr. Vincent, who worked tirelessly to help Luby’s family through this tough time. It was clear this was more than just a job for him; he upheld the integrity of the law with genuine compassion, which made them feel like he was a part of the family. It was the kindness and compassion shown to her family by Mr. Vincent that helped shape Luby to become the lawyer she is today.

Luby always knew she wanted to help people. As the second oldest child out of 5 kids, helping to care for her younger siblings introduced her to the life of truly caring for and helping others. Growing up in a Christian home fortified the belief to help those in need with love and compassion. Even at a young age, it didn’t take her long to realize helping others was a responsibility that would one day become her life. Originally, Luby went to school to study medicine to fulfill this drive to help others. She discovered medicine was not the route for her but still had the need to provide assistance to others—so she switched her major to practice law. With her passion of helping others and a growing reputation of being a fierce opponent in any argument, the decision to practice law was easy.

Luby graduated from the University of South Florida in 2005 with a Bachelor of Science degree in Communications. She earned her law degree from Stetson College of Law in 2011 and she was admitted to the Florida Bar in 2012.

Luby first started practicing law as a volunteer at St. Michael’s Legal Center for Women and Children. There she became very familiar with family law, and in 2013, she went from being a volunteer to part-time associate attorney; continuing to represent clients with family, guardianship, bankruptcy, and foreclosure matters. Luby decided she wanted to learn more, so she accepted another part-time position as an associate attorney with the law firm Father’s Rights.

When Luby’s second son, Alexander “Papou” Myrthil, was diagnosed with (ALL) Leukemia in March of 2014, she took some time off from practicing law to committee all her time to caring for her son. Luby returned to practicing law a year later.

In 2017, she opened her practice, Myrthil’s Law, where she could focus on Family, Estate Planning, Personal Injury, and Probate law.

Luby Myrthil, P.A. helps individuals throughout Hillsborough and Pinellas County fight for what matters most—family. Even during a divorce or other family-law related matters, Luby helps all parties involved to focus on what it best for the family in order to achieve the most ideal outcome for her clients. 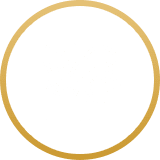 You owe it to yourself, and any family affected by a pending divorce, to consult with us and let our attorney lay out your best options so you see what lies ahead more clearly.

Myrthil’s Law, P.A. aims to maintain the family structure; supporting equitable time and rights for both parents following a divorce or breakup.

Probate documents such as a will or trust will help to ensure your property is passed down to your beneficiaries as you saw fit during your lifetime and make transitioning after your passing easier for loved ones.

You deserve the guidance of an experienced probate attorney who can guide you through the probate administration process as efficiently and effectively as possible so you can focus on your own healing.

Divorce agreements often need to be modified to meet the needs of both parties, or at least one ex-spouse.

Unmarried and divorcing fathers have the right to shared custody with their children and should be afforded the opportunity to create and strengthen a relationship with their child.

We can help you understand the duties and boundaries of guardianship, terminating guardianship, and other topics related to the oversight of a guardian.

Our attorney has years of experience and expertise to take advantage of helping your child to get adopted to a good family or to adopt a healthy child into your family.

In child dependency cases, it is crucial that you have a lawyer with you that is fully focused on your case and help you put your family back together.

These legal documents state your instructions for how future, medically-related decisions should be made in the event you are unable to voice your preference.

Unfortunately, not everyone abides by the court’s order as intended. We can help you ensure that the word and intent of your court order is adhered to by all parties.

By finding solutions for the disputes you are facing, we can help you minimize the drama and risks of damaging relationships when a loved one passes without or with questionable probate documents.

Request a Consultation
Toggle Sliding Bar Area
Due to Covid-19 we are limiting contact and doing meetings via Zoom.
Go to Top